Iron Riders Dallas Cycling Coalition was formed to advocate at both the state and municipal levels. Our goal is to ensure both motorists and cyclists are aware of and adhere to the rules of the road.

Our primary objectives are: To keep cyclists on the road ALIVE and WELL!

IRDCC is committed to providing resources to motorists and

cyclists by creating an awareness that will make them more

comfortable SAFELY sharing the roads of North Texas together.

In the spirit of the Original Iron Riders,

We Can, We Will, TOGETHER...Onward!

This page is dedicated to the memory of  Iron Rider member and friend, Calvin John Middleton, who was tragically killed in a hit and run on July 15, 2018.

The Montgomery Bike Club held a 50th Anniversary Ride to commemorate the Selma to Montgomery Voter Rights March, an act of defiance against the widespread discrimination and violence faced by African Americans trying to vote in the 1950s and 60s. The march influenced and ultimately led to Lyndon B. Johnson’s 1965 signing of the Voting Rights Act. 330 Cyclists from 25 states were in attendance of this monumental occasion - Iron Riders Dallas... Cycling Club, D.R.A.F.T, Black G

He dreamed of riding in the Hotter’N Hell bike race. A hit-and-run shattered that... 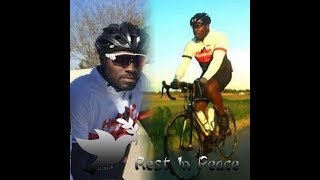 Iron Riders Volunteer at "Christmas In The Park at Fair Park"